ARTIST OF PEOPLE AND PEACE

Leonid Steele (1921 - 2014) is an important Artist of the Socialist Realism School, known as “Socrealizm”. He was a unique artist with the most significant part of his rich artistic life spent in Ukraine.  He was perhaps the highest profile Ukrainian artist of the 50s, 60s and 70s to ever reside in the US. Leonid Steele was born in the village of Lebedin in the Sumy Region, survived the infamous "golodomor" of 1933 and as a Red Army soldier was gravely wounded during the First Siege of Kharkiv in 1941.  To witness Leonid's town of youth now besieged by the grandsons of the same Red Army soldiers is unfathomable.  Survivor of war, Leonid Steele believed all his life in Peace and in People. He believed that all great art is about it and that serving as the voice of People and Peace is the most vital role of true art.  He created amazing and powerful in their deeply humanistic expression images of Ukrainian people and his iconic works are now the anthem to the people whom he knew so well, loved so much and portrayed so compellingly. This horrible and criminal war that is now raging in Leonid's home land shall stop immediately.

“We will defend our land regardless of cost”  From the speech of President Zelensky to The Parliament of the United Kingdom, March 8, 2022

In his historic speech at the darkest hour President Zelensky could have described Ukraine in many different ways.  He could have said “country”, he could have said “state”, yet he chose the profoundly important for Ukrainian people, the nation of farmers, word and notion – “land”.  In his 1968 masterpiece “The Land”, Leonid Steele have delivered one of the most powerful and iconic depictions of this nation-defining word.  In 1968 Leonid Steele gave iconic representation to the central notion which President Zelensky invoked in 2022.  The People on The Land is Ukraine.  As long as there is the land there will be people.  The People, standing on their Land are undefeatable and unbreakable.

The idea of this painting was given to Leonid Steele by the people themselves, the farmers in the Krasnoe 2 village near Kiev where Leonid Steele worked a lot in that period.  He was well known, loved and respected by this faming community which even elected him to the board of the collective farm.  Leonid Steele was proud of it more than many other honors and accolades he received for his work.

Leonid Steele would always retell the story.  At one of the local gatherings the group of respected elders approached him  and said: “Leonidu Mychailovychu, draw the icon about the land”.  At the time of official soviet anti-religious secularism this was a very odd way to describe a request.  Leonid Steele responded: “You probably want to say “picture” to which they replied: “No. You are still too young to understand.  The Land is the holiest of all we have. What we were promised and what was taken away.  Make an icon.” Leonid Steele was contemplating, thinking and developing this concept for ten years. When he finally painted the piece he would always say: “It is painted by commission. By commission of The People.”

This work he considered the masterpiece of his life.  With it he did create the icon of The People on their Land.  The collective and iconic representation of the nation shook the contemporary viewers and received wide contemporary acclaim. 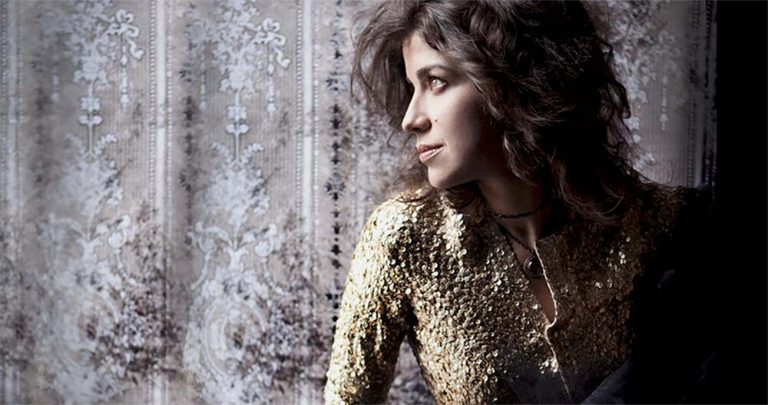 “For pianist Inna Faliks, Ukraine’s historic port of Odesa is a symbolic tapestry that connects the most profound threads in her life. The city symbolizes her mother, lost to cancer four months ago. It symbolizes her marriage — to a childhood friend with whom she reconnected years after both their families had fled the city. And it symbolizes her music, which the Odesan child prodigy first shared with the world at the age of 7.

Now, Odesa has taken on a new resonance for the UCLA piano professor, who awoke Feb. 24 to images from social media and friends showing panicked residents shaken by rocket attacks on nearby military bases, airfields, border posts and towns. Explosions from Russian bombs, clearly visible from Odesa’s city center, lit up the predawn sky.

“We are scared for our family and friends who have no way out and really no hope,” said Faliks, who teaches at the UCLA Herb Alpert School of Music.

Amid the tragedy and turmoil, Faliks turned to music to communicate her personal pain and her sorrow for the people of Odesa and Ukraine. The morning of the invasion, she posted a 10-minute YouTube video of herself performing Beethoven’s “Appassionata” from her home, a piece with its own mournful wartime history.

“My beloved Odesa, we’re thinking of you. We want this to stop,” Faliks says in the video’s opening, followed by the same message in Russian.

From the article in UCLA Newsroom by Madeline Adamo | March 9, 2022

Poster Territory had issued an international call for posters in support of Ukraine even before the tragic invasion of February 24.